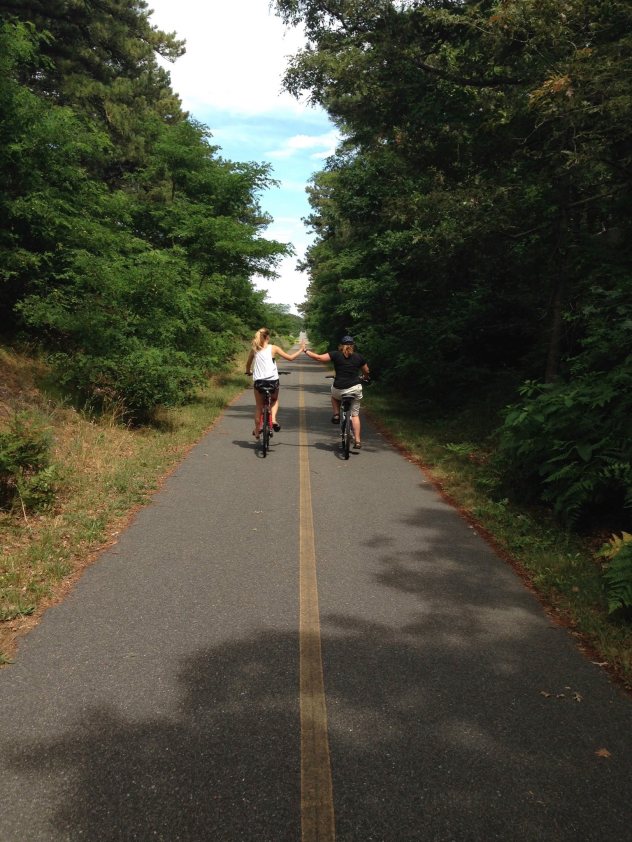 Gina and Maia on the road

I am sitting in my temporary rental shortly before Thanksgiving, having survived a fire that had left me and my two young adult daughters out of our home.  The rental is fine; a few flaws, like the lack of an oven for two weeks, seems a minor inconvenience compared to the devastating loss of my spouse three years ago.  And although it does not have the trappings of home, it is a big improvement on living in a hotel as we did for over a month.

Just two months ago, I was awakened at 1:30 a.m. by my 18 year-old daughter to a house being consumed by putrid mustard-colored smoke.  I rushed to rouse my deaf daughter, who could possibly have perished if left alone in the house.  The three of us, along with our animals, made it out of the house in time, and perched on the curb as we watched the fire people extinguish the flames.   Shamefully, the depth of the fire can be attributed to my own carelessness.  Always a bit of a muddle, my ability to manage a house had been compromised by the death of Nancy, my single-motherhood, and a demanding job.   I had bought new fire alarms to replace malfunctioning ones but succumbed to helplessness when I was unable to attach them to the existing brackets.  Now the worries that had been hovering on the surface of my mind as I put off contacting a handy person had come true.  Without the keen sense of smell that my Regina possessed, we could all have been goners.

With the house in shambles, we were first re-located to a hotel.  It was cushy compared to what many others experiencing disasters have been through.  We had access to breakfast every day, hot showers, and clean water.

Still, when my daughter camped out in the living room in our suite, I felt trapped in my bedroom.  Staring at the white walls surrounding me, I was jolted back into the abyss I fell into when Nancy died: no one seemed to have my back anymore. We had dear friends, but no family in town.  I had to face once again that there was no loved one lying beside me to whom I could confess my fears and anxieties.  Evenings were rough; without my everyday chores to accomplish and familiar belongings, I felt immobilized.  I found myself scrolling through online dating sites, while acknowledging my own ridiculousness. My current situation would be far from attractive to anyone, except for those looking for a damsel in distress, and I deliberately did not share my living situation with the women who contacted me.

But life did not stop for me or for my daughters.  Regina was finishing high school and Maia was in community college, and both were slated to apply for four-year colleges during this time.   They had each struggled in their own way to go on after Nancy died, as depression and attachment issues resurfaced.  One daughter had to leave school temporarily to manage her mental health and regain her sense of self.  My other daughter found a respite in the horse I bought to cushion her deep sense of loss.

We had all been moving forward when the fire disrupted our fragile sense of family.  Yet my daughter Regina pursued her college applications relentlessly; although it was early in the process, she planned to apply early to get the best shot. She badgered me about getting her applications out, and we pored over her essays in the local coffee shop.  All of her applications were in by the middle of October, shortly after the fire.

My daughter Maia was not so persistent or anxious about process, but she too managed to get her applications in order, including the portfolio that would win her a place at an Art and Design School.  Finally, the applications were in by the beginning of November.

As of today, the Wednesday before Thanksgiving, both girls have been accepted to college, and one has been accepted to her top-choice school. Nancy always believed in the afterlife, while I am very skeptical about existence after death.  Still, if she was right, I imagine that she is full of joy about her daughters’ resilience in the face of adversity.  And I, on Thanksgiving eve, am grateful.